The exhibition When our eyes touch was originally planned to open before the pandemic hit, in a time when touch and physical contact felt like it was something that could never be taken away from us, like a guarantee of our human relations.

But as the world was forced to hit the pause button and togetherness was replaced by isolation – worse, fear of the other – co-curators Hans Rosenström and Satu Herrala thought of their project as a way to understand how the primal sense of touch defines us as human beings. The exhibition, debuted on April 16th, is the first chapter of AISTIT / coming to our senses, a curatorial project organized by the Finnish Institute along with its counterparts from BeNeLux, France, Germany, Great-Britain and Ireland. 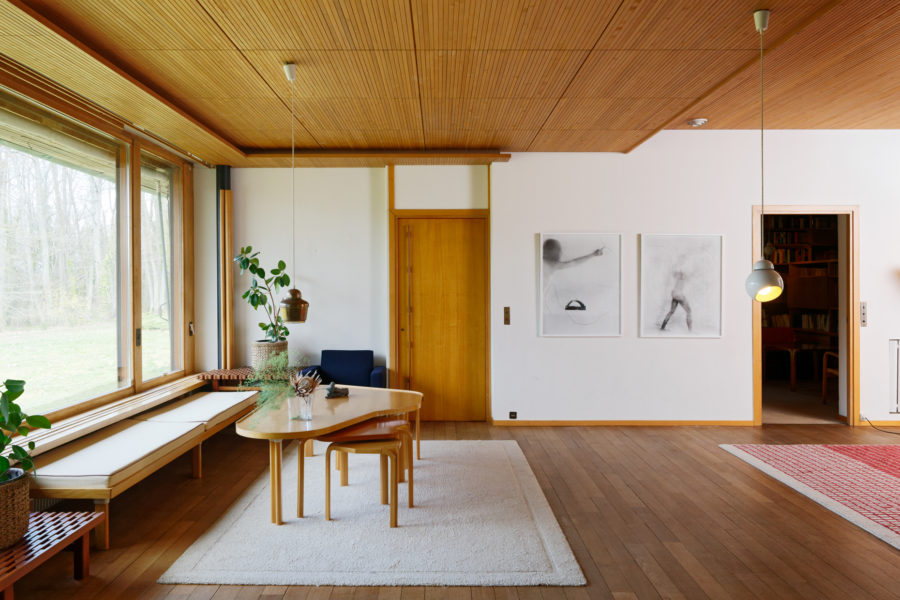 The word aistit, (‘senses’ in Finnish) serves as the starting point of the exhibition series all the while shining a light on the Finnish patrimony here in France. The project takes its origins at the Maison Louis Carré, an architectural gem built in 1959 by Finnish architect Alvar Aalto for the French collector and gallery owner Louis Carré. Mr Carré, a close friend of Fernand Léger and Le Corbusier, famously preferred the Finnish architect to Le Corbusier’s radical approach. His main requirement: for Aalto to design spaces that would perfectly incorporate his art collection, without being too showy, and allow him to set up exhibitions in his home. With When our eyes touch, the Finnish Institute perpetuates his initial wish. Gathering a dozen contemporary artists, the group show is composed of about twenty artworks scattered throughout the rooms of the house still filled with original furniture. 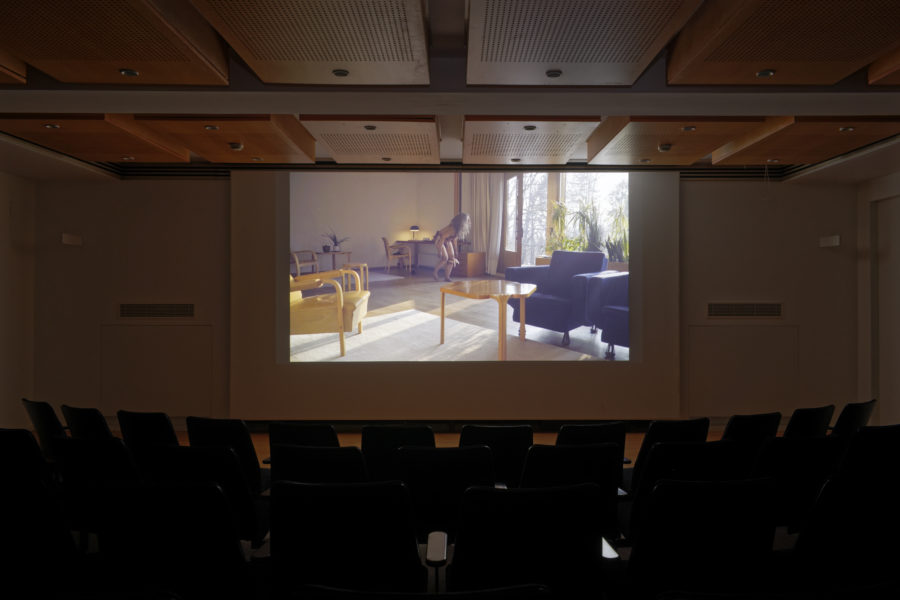 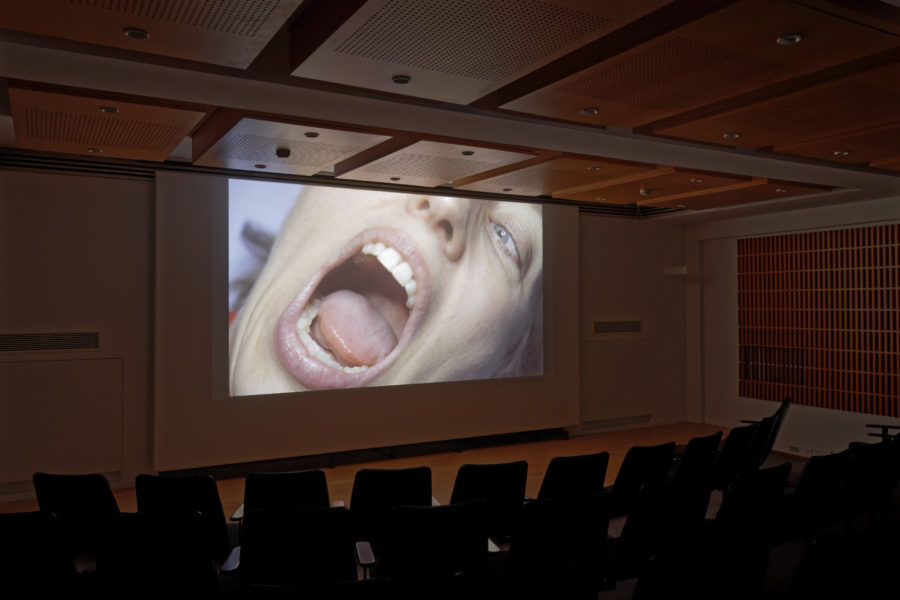 In the living room, two works by 2020 Marcel Duchamp Prize winner Kapwani Kiwanga explore the relationships between spiritual beliefs and politics through the story of Haitian revolution. In the same room, a series of photographs and small sculptures by Axel Antas couple human hands with the image of extinct birds to bring awareness on nature’s fragility. The exhibition also features an immersive film by Laure Prouvost. Set up in Olga Carré’s private room, Swallow (2013) takes the viewer in by stimulating their senses through an intense experience of vision and sound. The exhibition even extends to the house’s bathrooms and sauna with videos by Maija Mustonen & Anna Maria Häkkinen. In the dining area, Etel Adnan and Simone Fattal present Five Senses for One Death, A poem in seven pieces (2021), a reproduction of Adnan’s poem on seven square pieces of volcanic rock. This is the first time that this piece is shown to the public. As part of the exhibition, Finnish artist Dafna Maimon was invited to produce a new work. She presents Leaky Teeth, a short film shot at the Maison Louis Carré in which she explores the mysteries of the human body and gives a subversive take on our history as human beings. 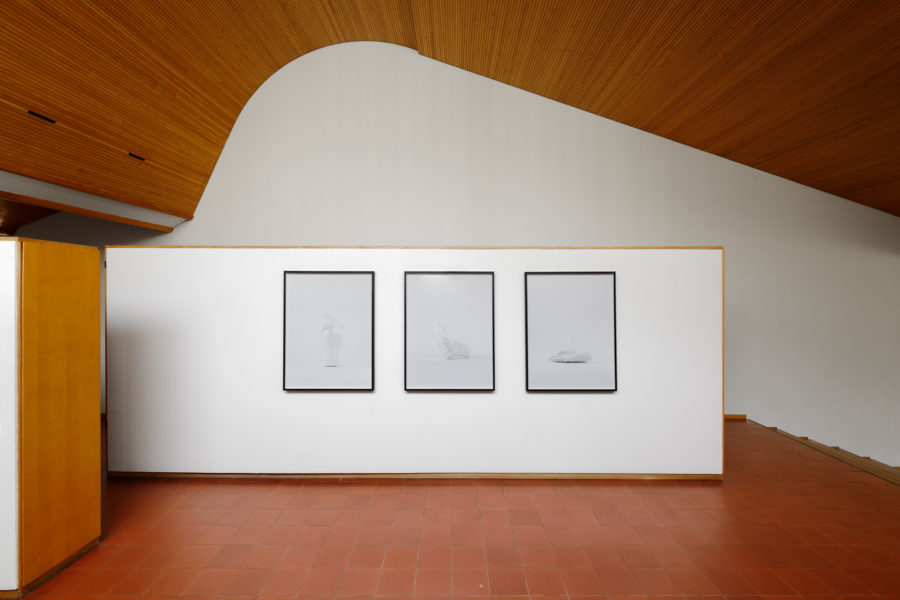 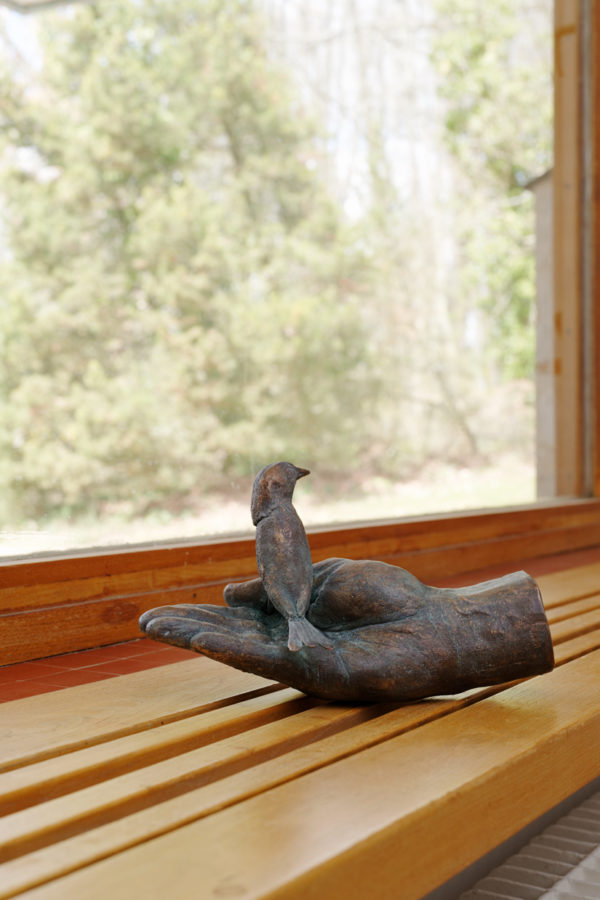 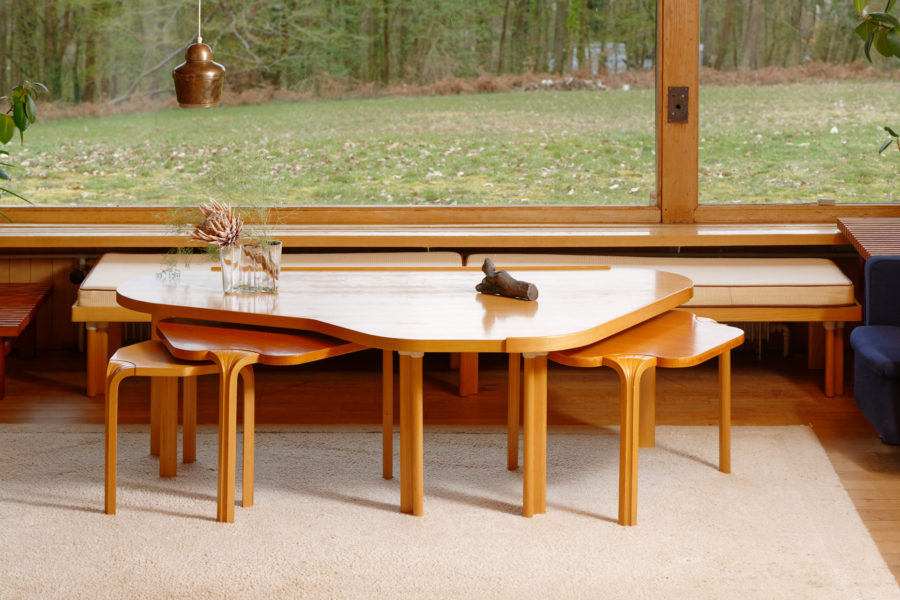 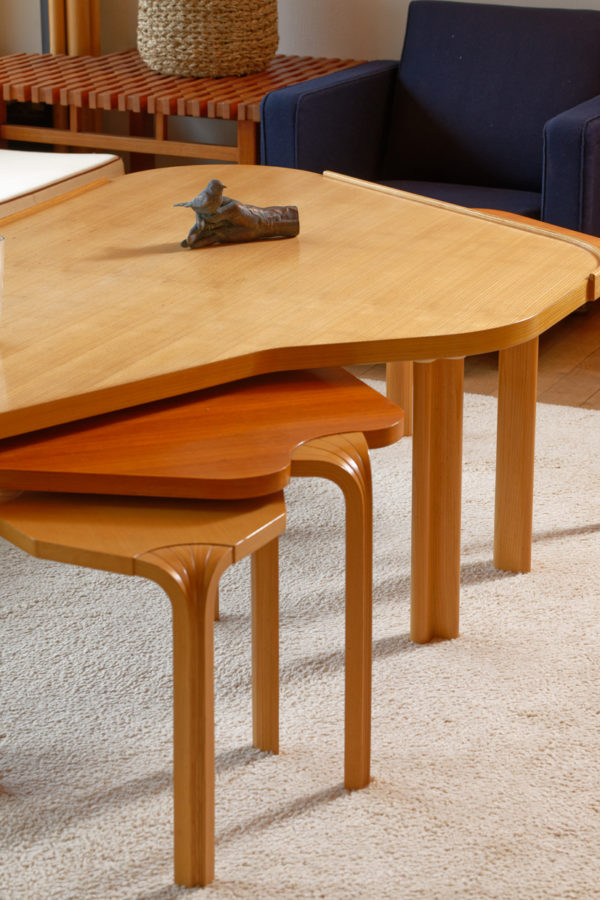 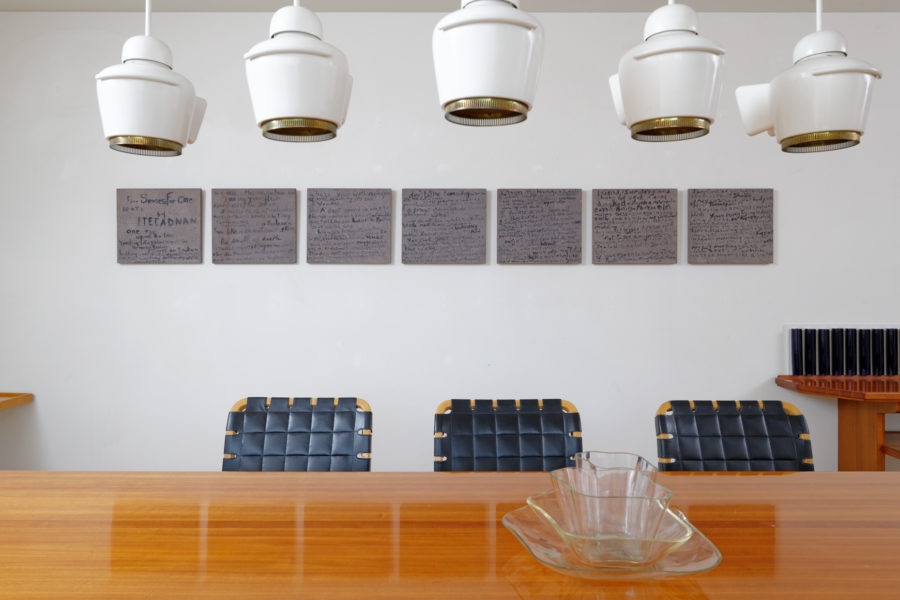 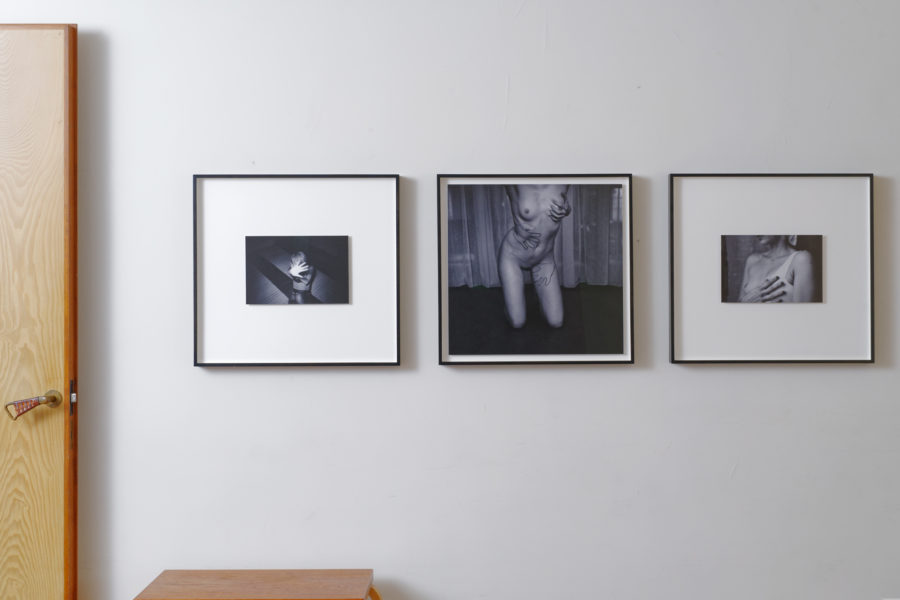 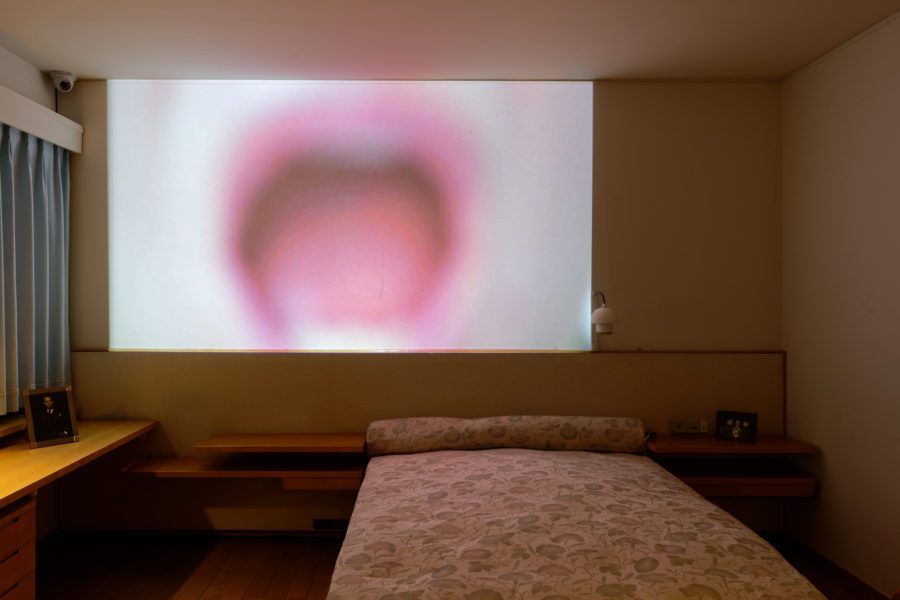 When our eyes touch

From April 16 to August 1st at Maison Louis Carré

From March 28 to August 1st at the Finnish Institute, Paris